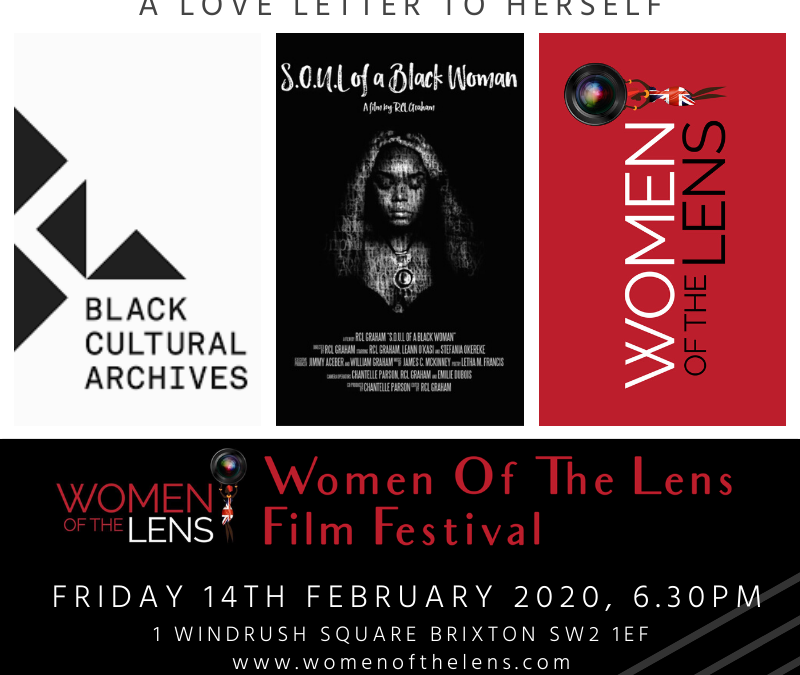 Extend the love this Valentine’s Day with Women Of The Lens Film Festival, in collaboration with London’s Black Cultural Archives.

We bring you another fantastic screening of film director Rebecca Graham’s mesmerizing film, S.O.U.L Of A Black Woman as an open love letter to black women. As well as the screening, the director will join us for open conversations about her film that acknowledges pain, trauma and hurts, yet remembers that black women have gifts to guide them to lives that will have them thrive to their heart’s content.

In a potent mixture of mixed-media and Afrofuturism, S.O.U.L Of A Black Woman is split into four heart chapters that represent what it is to be a black woman. Each chapter is accompanied by unique music and heartfelt spoken word poetry to take you through the passages of time. S.O.U.L Of A Black Woman doesn’t pander to any stereotypical representations, it finds its own intuitive pathway to reveal the hearts of black women.

With a burgeoning array of images of black women in film, it can be confusing to identify the representations that bring truth to the wholistic humanity of black women. S.O.U.L Of A Black Woman is unapologetic in its analysis and subsequent revelation of this woman.

Rebecca Graham is a rising star of the UK independent filmmaking fraternity. Limitlessly talented, the writer, director, producer and editor has built her filmmaking career of over 10 years collecting a string of accolades along her way. Raindance, London Short Series, Women Of The Lens Film Festival, Santa Fe Film Festival and Berlinale – Belin International Film Festival, are just a few of the high-profile platforms where her work has been profiled.

Held in the Black Cultural Archives’ spacious Gallery, Rebecca will reveal the intricacies of the film industry, her journey in the filmmaking process, the business of filmmaking and how she keeps her creative juices flowing – to name a few!

Oh, you don’t have to be a black woman to enjoy this event. Come and share the warmth as we watch a love letter sweeter than a lullaby with soothing words for our hearts. 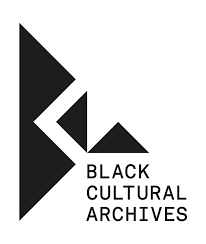 More about the Black Cultural Archives