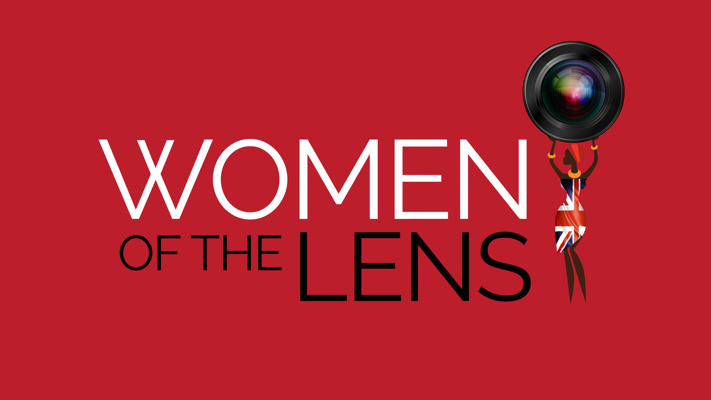 I knew it was going to be tough, but like preparing for childbirth paradoxically no amount of preparing prepares for what’s to come. I knew that starting out was going to be bumpy but the ways in which the she-dog would bite threw me…for a bit. One kinda imagines where the tough will be based on others’ experiences; ‘let me show you what to expect’ they said. But again, to use the birthing analogy, as I laid in the maternity ward having an out of body experience as labour pains invaded my body I thought, ‘dear God, these were not the pains I elected, this isn’t how it’s supposed to be…no!’ 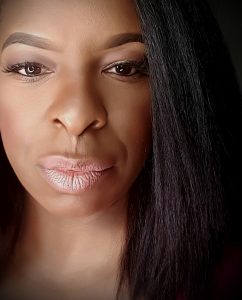 Women Of The Lens is back. We nearly didn’t make it after being let down at the 11th hour in a crucial part of the festival delivery, but here we are. We’re in a more intimate setting and with another chance to think closely about strategy. The Festival is here to provide platform to celebrate, showcase and share the creativity of British black women in the film, broadcast and digital industries in front of and behind the camera.

The paradox is that some of the reasons for hitting this wall includes the very reason for the Festival’s existence; there is precious little available for black women in the UK creative industries that allows them to develop to manifest their bigger dreams! I dunno, go figure.

Of course, I love film and I often express myself in film-speak. In The Matrix: Revolutions (2003) during the final showdown between ‘Agent Smith’ and ‘Neo’, ‘Smith’ stands in the crater created by their epic battle and looks down on the crumpled body of ‘Neo’ that he’s been pummelling for ages. Yet ‘Neo’ keeps rising to continue the fight. Frustrated ‘Agent Smith’ growls; ‘…Why Mr Anderson, why do you do it, why do you get up?’ As ‘Smith’ growls through his monologue he watches ‘Neo’ rise to answer to him with “Because I choose to”.

Despite the setbacks, challenges and hurdles, I still get up. In truth, I don’t know how to do anything else.

I don’t say that to brag, or to assert the ‘teachings’ of some self-styled, self-help guru, it’s just an inextricable part of my psyche. Anyhooo, enough of me. The Festival is all about the precious collaborative creativity of you all. 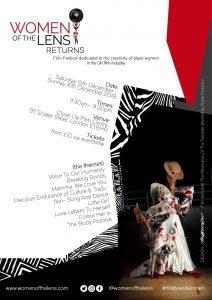 Women Of The Lens Festival 2018 Flyer

As ever the quality of the submissions were outstanding. Some difficult choices were made as final selection decisions solidified. I always switch off when I hear conversations which start with ‘there aren’t any black filmmakers…where are the women producers that…I can’t think of any…there are no awards ceremonies for black…” The diversity, creativity and alternatives are all here if you only cared to look.

The 2018 programme contains 46 productions. They’ve been curated into nine Themes. We’re delivering the Festival over two days and we can’t wait to see you as we share the continued (“Because I choose to”) expressions of women filmmakers.

We’ll be screening in the gorgeous little space that is the Close Up Film Centre near Shoreditch High Street, London on Saturday 15th and Sunday 16th December.

Some special shout-outs go to director Fiona Compton for allowing us to use some of the images from her film The Revolution Of The Fairytale. I hope you’ll agree they’re stunning – and of course you must come to see this magical (no pun intended) film. The artist Honey Williams of The Honey Effect, brought her own special creative touch as she incorporated the film’s stills to design our striking flyer.

You said you wanted different images to look at on screen. Some of that difference is here at Women Of The Lens and we look forward to share that difference with you in December.