Building a cohesive team is essential for the Festival in order to deliver an event which is productive for all participants. That’s why we’re so enamoured by the team we’ve recruited in our inaugural year. They’re committed and more importantly…Love Film!

In the first of our testimonials in getting to know our team, we hear from actress and producer Juliana Pflaumer and Kathryn Butt, who’ll start a career in television production in 2018. In a few short burst of questions we got some insights about why they chose to work with Women Of The Lens Film Digital Broadcast Festival.

Juliana Pflaumer says, “…I was researching about Film Festivals to attend until the end of this year and came across Women Of The Lens. It’s a Festival with a soul, not only the love for the profession and the art, but it also values everyone who makes it happen. As an actress and producer, film festivals are an amazing tool to meet people who are actively making films, with limited funds and a great passion for the craft. As an actress it is amazing to keep my professional network always updated and to keep my mind and soul inspired to pursue my career. 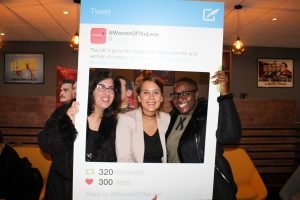 Kathryn Butt has similar sentiments about the ethos of festivals. Just starting out in a television production career, after completing a Masters in Film & Television at Bristol University, Kathryn has a healthy habit of participating in film festivals. “…Women of the Lens is the 5th film festival I’ve been part of this year, so film festivals themselves are very close to my heart. I’m excited to be a part of the first iteration of the festival, and I think it’s important to create more platforms for female filmmakers and I’m eager to support that in any way possible…”

Kathryn continues to talk about the ‘soul’ of a festival; “…The sense of community created within a film festival is the most important part of the festival experience for me. Creating an arena in which to discuss issues facing females in the industry and support those who are speaking out about the obstacles they face, is almost more important now than ever before with recent media headlines…”

Always a tough question, but one which reveals something about the make-up of a person is the question about favourite films or genres. We cheekily asked Kathryn and Juliana theirs.

“…Most definitely family, relationship, existential crisis drama. Love Bergman! Those kinds of film makes me reflect about how people work, what makes them tick and especially how beautiful is that we’re all so different and weird…” Juliana Pflaumer. 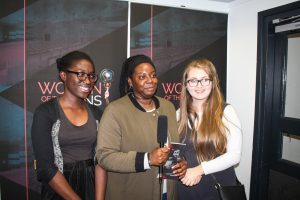 Kathryn concedes; “…Such a hard question to ask an ex-film student! But I’ve always loved social realism, especially the films of Andrea Arnold and Lynne Ramsay, I think because of the way their narratives centre around female protagonists, especially young girls. The way in which their films portray different modes of girlhood is something I find fascinating…”

Stay close to get to know more about our dedicated Team.

We have a Theme dedicated to young girls in film in Sugar And Spice And All Things Black Girl.

The Festival continues on 24th 25th and 26th November at The Cinema Museum. You can book a selection of tickets from here. We look forward to seeing you.