Tribute To A Classic: Burning An Illusion (1981) Directed By Menelik Shabazz 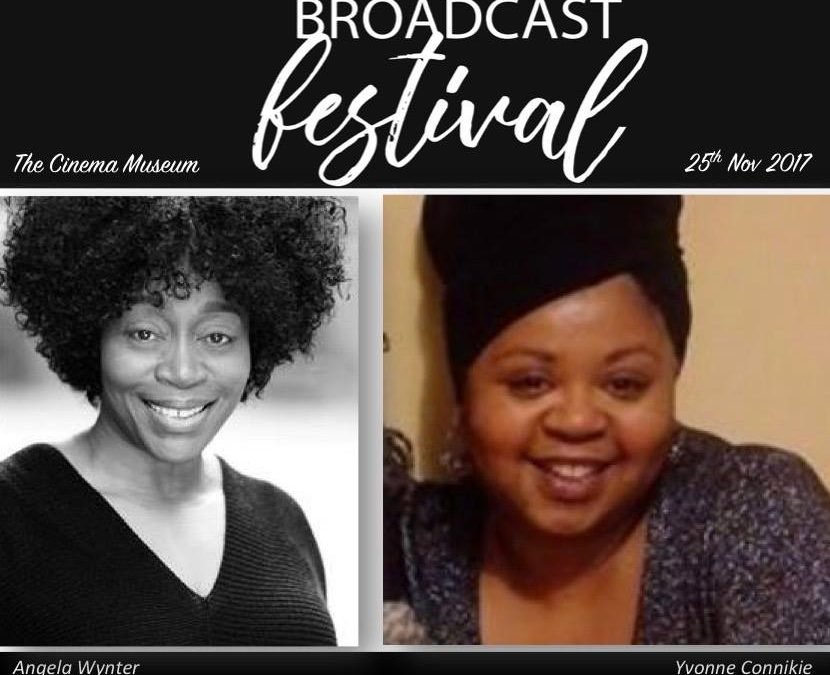 Tribute To A Classic is part of the Festival and will feature in the Theme, Who Do You Think You Are?! Chapter One. Journalist Debbie D’Oyley writes a timely review and provides context to this important film.

Pat (Cassie McFarlane) is a self-involved twenty-something, living in a high rise flat and working a nearby office job in 1980s West London. Apart from her flawless dark skin, she looks every inch the 80s CosmopolitanTM girl; her fine, medium length hair is worn straight-ish, with that ‘80s backcombed look outside of the house, but wrapped plaits at home. Her petite figure is hidden in long narrow skirts and over-sized shoulder-padded jackets for work and Pat shows off her body in synthetic strapless jumpsuits, high-waist jeans or spaghetti strapped dresses and tops. Her eyeliner is thick and her eye shadow is shiny for going out. Her best friends are nice, as seen in deeply insecure Sonia (Beverley Martin) and ‘woke’ roots woman Cynthia (Angela Wynter). But Pat has aspirations to middle-classed respectability, a reflection of her parents (Corinne Skinner Carter and Ruddy L. Davis). On a night out with Sonia, they meet friends Del (Victor Romero Evans) and Chamberlain (Malcolm Frederick) and start relationships that will irrevocably change Pat’s life.

Del is Pat’s first awakening. She opens herself up to love with someone she might not have pictured herself with. But as he initially shows a tender and respectful side, she also opens up to the possibility of marriage and a family with him. Their fortunes as a couple begin to sour with Del’s inability to deal with the increasing discrimination at his workplace. He tries to save face in front of his friends (including Chris Tummings’ Scotty and Brian Bovell’s NatWest) but things go from bad to worse. Del reveals an obstinately chauvinistic side, yet Pat remains determined to hold on to her respectable dream. Meanwhile, the quietly simmering Sonia and Chamberlain’s initially emotionally abusive relationship takes a more physical turn and their final break up is the turning point for Pat and Del.

Del must face the consequences of Chamberlain’s personal frustrations colliding with the souring social climate, which forces Pat to decide how she truly feels about him. All the while, time is marked by the relationship between Cynthia and steadfast Tony (Larrington Walker) as they build a simple but solid future together and the fortunes of a local ‘pest’ (Trevor Laird), which adds to the changing tone of the story. He begins as a bright, hopeful hustler and ends as a broken, withdrawn version of his once proud self.

Pat is led to her final and most important awakening…the realisation that the values of her parents’ ‘Windrush Generation’ were built on a house of sand, of discriminatory social constructs and delusions of equality and opportunity. The perfect illusions handed down to Pat’s generation. Pat makes the decision to reject her former ambitions and embark on a voyage of cultural self-discovery, activism and giving of herself to her community. Her contentment as she sits on a minibus jamming a-cappella with the Ras Angels and Ras Messengers, suggests that come what may, she has finally set foot on the right path for her.

What assures this movie’s place in African Diaspora film history is that in the midst of Horace Ové’s Pressure (1976), Anthony Simmons’ Black Joy (1977), Franco Rosso’s Babylon (1979), Horace Ove’s TV film Playing Away (1986) and Isaac Julien’s Young Soul Rebels (1991), Shabbazz avoided the norm of a male protagonist (of any race) and placed a black British woman central to his film. It is Pat’s story, Pat’s tale of awakenings.

It would be a full 15 years before another film attempted anything similar. Firstly Mike Leigh’s Secrets & Lies (1996), followed two years later by Julian Henriques’ TV movie Babymother (1998) and Peter Schwabach’s 1998 The Secret Laughter of Women (UK release 1999). But none came close to the ‘every woman’ feel of Shabbazz’s film. Whilst Leigh’s Hortense (Oscar-nominated Marianne Jean-Baptiste), a young professional (optometrist), begins within the black British community, she spends most of the film attempting to gain ownership of her white birth mother and her family. And whilst Henriques’ Anita (Anjela Lauren Smith) strives for a better life, she is a single mother with ambitions to make it as a singer in the reggae industry. It might be hard for today’s X Factor-reared generation to understand, but this was not as universal an aspiration 20 years ago! Henriques leads us down a rabbit hole travelled by only a few and attempted to shine a light on social taboo. Schwabach’s film was a British-Canadian film, but was a tale of unwed, landscape architect and mother Nimi (Nia Long), living amongst her Nigerian community on the Côte d’Azur, South of France, and her cross-cultural romance with a charming white writer.

Shabbazz absolutely nails the feel of 1981 inner city London, just emerging from the 70s. Pat talks Patois with her friends and heads to clubs and blues parties at the weekend. Simultaneously, the City is literally careering towards the Black Monday of 1987’s financial crash via the birth of the Yuppie – the Young and upwardly mobile. Black people had their own version – the Buppie, where Pat begins her journey. But like so many of us today and in a personally traumatic way, she suffers a version of the Black Lives Matter triggers and suddenly the illusion disappears. Just like the morning sun burns the dew from grass, Pat’s dawn ushered in a new understanding of the reality of being young and black in Britain. Without social media and smart phones, the path to enlightenment comes through anger at injustice, then through reading and social activism, she finds compassion for herself and her community and hope of inner peace.

In choosing this heroine and this story at the beginning of a decade in which the world changed forever, Shabbazz was quite simply a visionary in a way that other filmmakers were not. That’s not detracting from others’ reflections of inner city life – such stories were and are, needed. Whilst Pressure and Babylon told of the claustrophobic despair unique to the ‘70s, Black Joy was a culture-clash satire, Playing Away a comedy of manners and Young Soul Rebels a life-affirming tale, they all used music, sport or the con as escapism from the realities of daily life as a ‘minority’ in the West. Shabazz is unique in holding up self-knowledge and pursuit of culture as a consoling, unwavering alternative, and giving that voice to a black woman.

The fashion might be different, but aspirational British black women of today will find a lot to identify with in Shabazz’s 36 year old film. It’s not certain that the same can be said of the same 20 year period of female-centric US film dramas. With a film industry approaching its centenary, such films were made in greater quantity but with less representation, showing African American oppression through the ages, or depicting historical characters.

Leading women in the 70s included Cicely Tyson’s Rebecca Morgan, trying to hold her close-knit sharecropper family together in 1930s Louisiana in Sounder (1972) and Diana Ross as tragic heroin-addicted blues singer Billie Holliday in Lady Sings the Blues (1972). Diahann Carroll who played the title role of a single mother with a clandestine menial job on welfare who tries to find love in Claudine (1974) was arguably as close as any US filmmaker got to Shabazz in the ‘70s!

In the ‘80s, Whoopi Goldberg’s Celie, Margaret Avery’s Shug and Oprah Winfrey’s Sofia gave us their unforgettable sisterhood which survives their brutal abuse in 1930s Georgia in The Color Purple (1985). Tracy Camilla Johns’ sexually liberated Nola Darling, refuses to commit to any of three lovers in Spike Lee’s She’s Gotta Have It (1986), is about as close as any US filmmaker got to Shabazz in the 80s!

Even in the Golden Age of the 90s, Angela Bassett played the initially down-trodden Tina Turner who overcomes her brutal musician-manager husband to re-make a triumphant solo career in What’s Love Got to Do With It? (1993); Janet Jackson’s poet, Justice, takes a pensive road trip in John Singleton’s Poetic Justice (1993); Halle Berry’s crack addicted Khalia fights to regain her son Isaiah from a ‘respectable’ white woman in Losing Isaiah (1995); Whitney Houston, Angela Bassett, Loretta Devine and Lela Rochon as Savannah, Robin, Gloria and Bernadine were three career women and one homemaking ex-career woman, who try to figure out their relationships with men in Forest Whitaker’s Waiting to Exhale (1995); F. Gary Gray gave us the iconic Cleo Sims, lesbian lead of a quartet of inner city bank-robbing black women – Jada Pinkett Smith, Vivica A. Fox and Kimberly Elise as Stony, Frankin and TT in Set It Off (1996), and is arguably as close as any US filmmaker got to Shabazz in the 90s!

Burning An Illusion and its creator, Menelik Shabbazz deserve a tribute paid to a landmark production of historical importance to the British-African Diaspora. We underestimate this at our peril.

Optical Illusions of Black Characters on Film Parts 1&2 of 4, Nov. 2016, The British Blacklist.