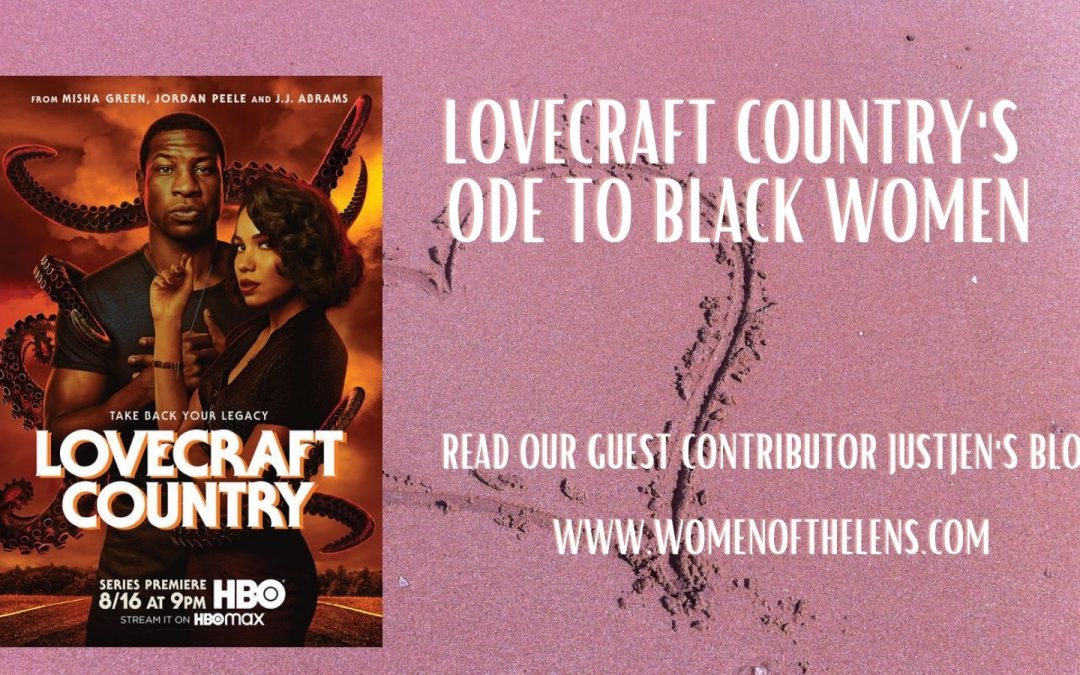 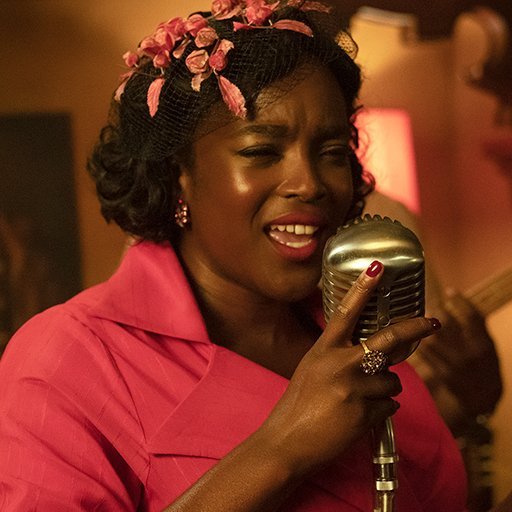 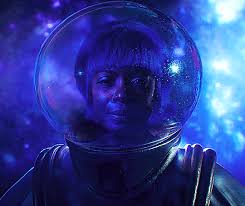 So, television series Lovecraft Country has concluded…for now. Showrunner Misha Green’s production imprinted such an indelible mark on industry and viewers alike, it’s left myriad thought-pieces in its wake, each one raking over Lovecraft’s narrative to find their own interpretation and meanings.

Set in 1950s north America, Lovecraft Country follows the pathway of an Atticus Freeman. He’s trying to find his missing father and on this roadtrip brings with him long-time compadre Letitia ‘Leti’ Lewis and (uncle) George Freeman. Often generically referred to as a Stranger Things with black folks, in their search, the troop navigate a Jim Crow infested landscape with adventures filled with supernatural creatures.

Lovecraft Country is an important work in the visual storytelling medium. It’s made a very important contribution to the variety of ways in which black storytellers can convey narratives and the way in which these griots allow black bodies to inhabit their characters in believable ways. Lovecraft Country has shifted through the genres of Afrofuturism, science-fiction, horror, social realism and fantasy with hand-in-glove ease.

In what seems to be a continuation in the realised importance of black women behind and in front of the lens, Lovecraft Country has provided some powerful representations of black women that add to their rising profile in the media. It’s not that black women are newly ‘discovered’, it’s that what they’ve been ‘allowed’ (?) to do over and above stereotypical representations in 2020 is…quite remarkable. We’ve been seeing this in most mediums in media – publishing, radio, broadcasting and of course film and television. It should go without saying then that precipitating factors for more visibility are social; Black History Month, the visceral killing of George Floyd, which saw the resurgence of Black Lives Matter, Covid-19 and subsequent lockdowns, to name a few.

Okay so, speaking of thought-pieces, we’ve invited guest contributor Jen Francis to make sense of some of the women in Lovecraft Country and their importance to the wider discourse about black women in the media. Let’s face it, the way in which Wunmi Mosaku, Jurnee Smollett, Aunjanue Ellis and Jada Harris and the characters they play have been drawn in the series deserves inspection.

“I have been writing film and television reviews for around a decade, and dip my toe into discussions on social issues. I am an active and aspiring screenwriter with a produced web series and play under my belt. I also have a short film in development. When I do manage to pause writing, I work in television.” 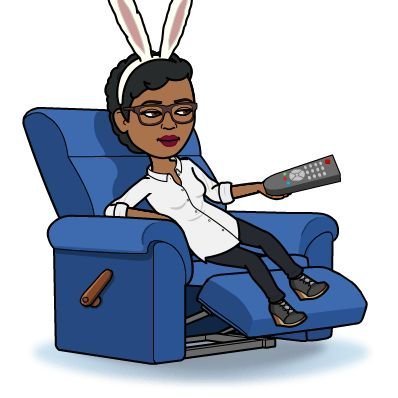 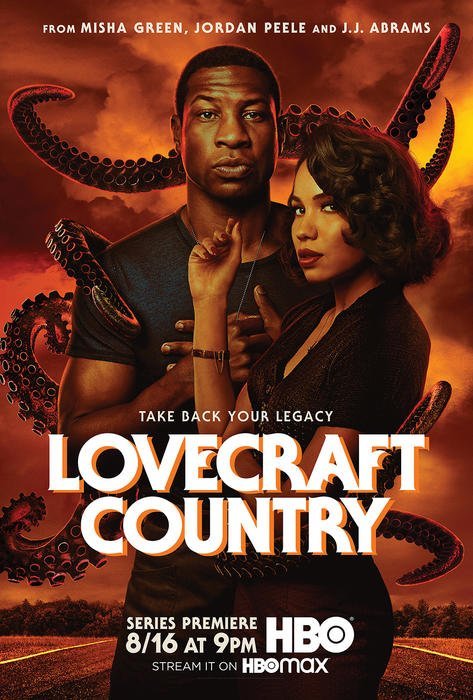 When I began Lovecraft Country I had no idea whatsoever what I was embarking on but within seconds I didn’t care. That first scene alone of protagonist Atticus ‘Tic’ Freeman (Jonathan Majors) in the midst of a war where the battlefield featured an alien invasion, had me slack-jawed and undeniably drawn in. Even now it’s over, I still have no clue what I walked into on starting Lovecraft Country and struggle to describe the series when recommending it to others. But one standout aspect of the show that I can articulate, with vigour and passion is the depiction of Black women throughout. Their characterisation, their individual and collective journeys across the series and how it ultimately feels like the game-changer we’ve all been waiting for in the industry.

The three women taking up the helm of Lovecraft Country are; Letitia ‘Leti’ Lewis (Jurnee Smollett), a photographer who is viewed as flighty and selfish by her older half-sister Ruby Baptise (Wunmi Mosaku). Ruby refuses to see her skin colour as a barrier that stops her from at least trying to get what she wants. Last but not least, Hippolyta Freeman(Aunjanue Ellis) – Atticus’s aunt, is a mother and wife who proves she has so much more to offer than the boxes those two labels force her into.

Each of these women within the wider plot of the series has their own arc of self-discovery that makes you wonder; why on earth aren’t Black women more frequently cast and depicted so three-dimensionally in mainstream media?

A lot goes down in the pilot episode, Sundown. Atticus, his uncle George (Courtney B. Vance) and Leti are being chased out of town by racists. These racists are raining bullets on the bumper of the car that holds the escapees. Leti is behind the wheel with George riding shotgun and he’s criticising her driving throughout the chase. Not for the first time nor the second, but certainly for the last he refers to her as ‘Girl’.

“My name’s not Girl. My name is Letitia Fucking Lewis.”

Leti’s statement doesn’t leave room for argument, only acceptance and though it becomes a running joke between the three of them, it does the job in leaving its mark. George never calls Leti ‘Girl’ again.

In that first episode we are told; remember my name. I am in this story. I won’t be written out – get on board. Being called ‘Girl’ as a grown woman is constructed to put women down, to make women feel inferior and reinforce the narrative that women have no say. The term ‘Girl’ is symbolic of film and television where, if Black women are invited into the space it is as a background character, the asexual best friend or the one-dimensional soundboard and they are expected to be grateful for the opportunity.

‘Letitia Fucking Lewis’ screams that Black women have a voice, are talented, are not faceless and are certainly not nameless. Letitia Lewis is at the centre of the story in Lovecraft Country right beside Atticus and we won’t be forgetting her name or the actress Jurnee Smolette’s who brought her to life so vibrantly anytime soon.

“For so much of my life, I’ve been shrinking […] by the time I’d met you I’d already gotten so small. And I thought you knew how big I wanted to be, I thought you saw me but instead, you just stood by and let me shrink myself more for you.” Hippolyta Freeman, Lovecraft Country.

Hippolyta Freeman is wife to George, mother to Diana (Jada Harris) and aunt to Atticus. We get the sense through her exchange with the other characters that she is smart too and is desperate for a taste of adventure. Hippolyta gets a taste of adventure in the episode I Am. In it, Hippolyta is pulled into another dimension where she meets a sentient being. It communicates with her and commands Hippolyta to ‘name herself’. She has no idea what this means and as a result, as if to test her, Hippolyta is thrust through various timeframes and different worlds to rediscover who she is. From chorus girl to warrior to wife she spends time in discovery until she is able to name herself with confidence.

Hippolyta’s final speech is an admission of personal failings, but it’s also a rebirth of wants and needs. It is so easy to find a personal connection in her words – as if they were meant for you. They unearth thoughts and feelings you had buried so deep you could no longer feel them screaming to be let out. She says goodbye to the person who she had a hand in letting herself become; the stereotyped wife, mother, aunt. We then see the rising of the person she had caged and was now ready to let loose. It’s an acknowledgement of the past and it’s a sign that it’s never too late to be reborn, it is a naming of herself.

In an unspoken intersection of colourism, featurism and race, we come to understand that Ruby Baptiste travels the world very differently to other women. Whilst Ruby is a confident, talented singer she has additional ambitions, but they’re often thwarted. One of those ambitions is to be the manager in the ladies’ section of a department store. Through an encounter with magic-wielding character Christina Braithwhite (Abbey Lee), Ruby is given the opportunity to move in the world as a White woman – she literally lives inside the body of a White woman – and it is through this act that Ruby is able to achieve her dreams. Of course, this comes at a price.

There are a lot of gruesome effects in Lovecraft Country. We’re talking, hide your eyes behind your hands, keep you up at night scenes – but actually let me rewind and watch that one more time. Yup still gross, but damn they’re cool scenes. The in your face horror adjacent visuals are part of the allure of the series. Watching Ruby in episode five – Strange Case in a kind of gory metamorphosis, shedding the bloody chunks of skin of the White woman she occasionally wears to achieve her ambitions, is one of the most disgustingly beautiful things there is.

What Ruby is able to do as she shapeshifts is to navigate a blunt introspection and external insight, but they reflect harshly as despite the forward-moving carefree step her White alter-ego Hillary (Jamie Neumann) can take, by denying who she is, Ruby takes two steps back.

The brutality and relatability in the honesty of Ruby’s metamorphosis transcend the era of segregation she lives in. It is a mirroring of the racial tension of today’s 2020. There is no holding back as head held high she admits that life – her life – is easier when she is White, but equally she mourns the little pieces of herself that die every time she shuns who she was born and who she loves by giving into the societal strength of being White.

The narratives of these three women; Ruby’s fervent honesty, Letitia’s unwillingness to be cast aside and Hippolyta’s rebirth, combine to stand as a direct statement to the future of the film and television industry; it’s time to wake up! The growing popularity for Lovecraft Country and its female leads debunks the myth we have been fed, that ‘Black doesn’t sell across mainstream media’. This is the same debunking that was hard-pressed with the success of Girls Trip in 2017, but sadly caused little to change.

The need for the sleep to be wiped from people’s eyes is ever more pressing when you read industry publications that refer to multi-credited 34-year-old Jurnee Smollett as a ‘breakout actress’. Smollett like so many of us, has been on her grind for days.

This disregard of Black talent is a prevalent issue on both sides of the pond. Wunmi Mosaku, a Nigerian born British actress played a police officer four times in a row across British television between 2017 and 2019. For minority ethnics it’s incredibly easy to peak in the UK and cultivation only reaches a certain point. As such it’s no wonder when talent goes unrecognised on home-ground the rhetoric of Black British talent either fleeing to, or being poached by the USA, where exposure and opportunities are rife, remains the norm.

Lovecraft Country is honest in telling audiences that Black talent should stop being pigeonholed into telling repeated stories of slavery and oppression. That Black women are more than just their tired onscreen stereotypes. They can go on their own adventures, draw in audiences and blossom and thrive as the lead. They deserve to have their characters developed alongside the wider plot. Black women continuously inspire by just being who they are and it’s time for everyone to get on board.

Additional writing/editing – Women Of The Lens