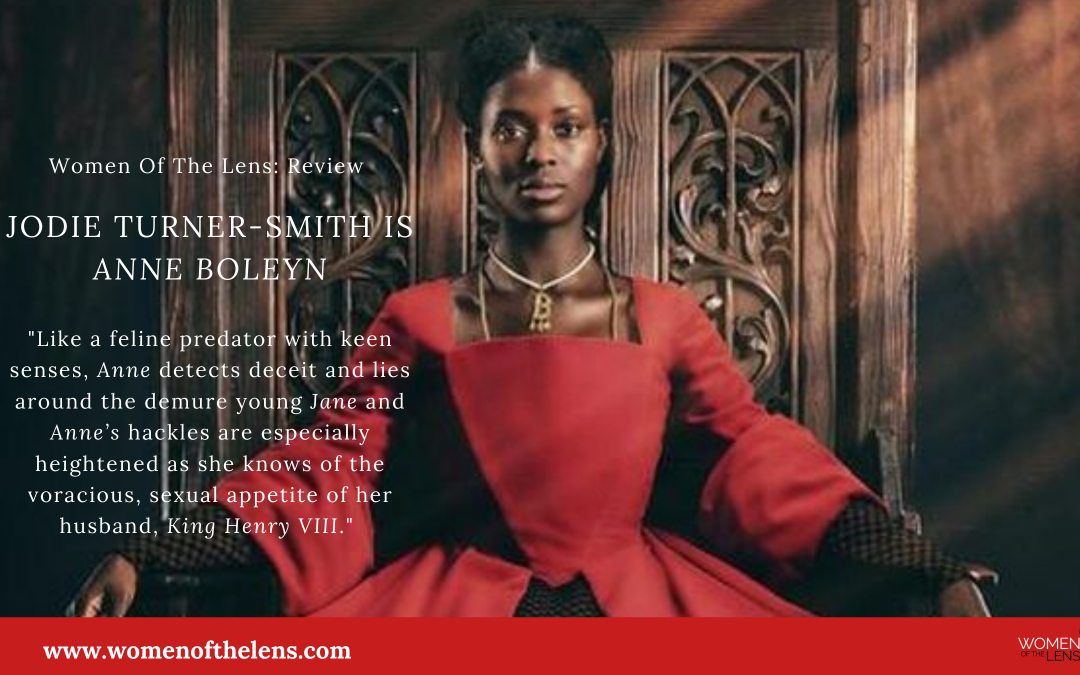 It’s hard to miss the glint in Anne’s eyes as she circles Jane standing at a lectern in the period drama Anne Boleyn. Like a feline predator with keen senses, Anne detects deceit and lies around the demure young woman and Anne’s hackles are especially heightened as she knows of the voracious, sexual appetite of her husband, King Henry VIII. 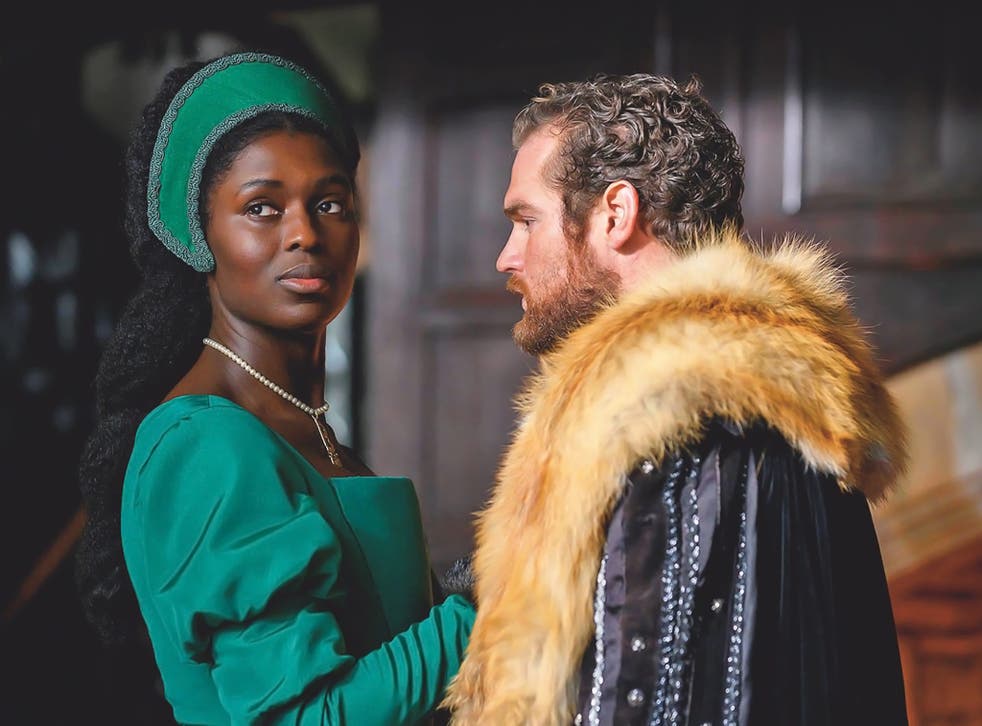 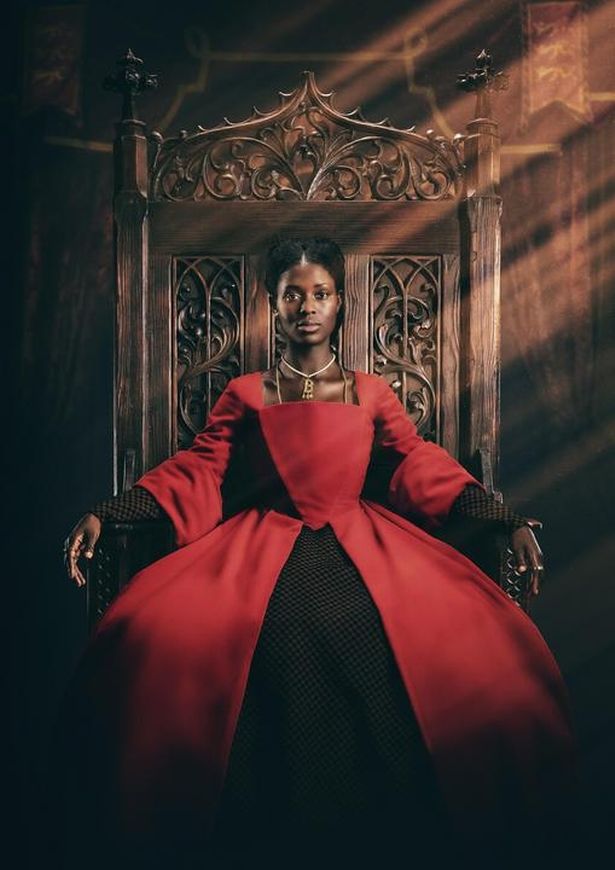 It’s well renowned that Anne Boleyn was a social climber. One who understood her position in her society and decided to manoeuvre her way through it to secure a coveted place. Once there as Queen, she knows well to wield her wiles skilfully to enchant her King. No easy task if you’re married to the infamous Henry.

One can easily see that if Anne were a 21st century woman, she’d easily match the players in many high-powered corporate spheres as they perform the machinations of convoluted business deals. But she lived in a time when her value was placed almost solely on her ability to produce heirs…specifically male heirs. As we meet Anne in episode one her belly is full of child, all hopes are that the unborn is male.

What’s unique about this story of Anne Boleyn is Jodie Turner-Smith plays the titular Queen. We’ve previously seen this actress, a dark-skinned Black woman as the love-interest in Melina Matsoukas-directed Queen & Slim, alongside Michael B. Jordan in Without Remorse and coming soon, she’ll star with Colin Farrell in sci-fi film, After Yang.

There’d been quite some hoopla about Turner-Smith in this role since 2020 when news broke about the Channel 5, Sony Pictures co-production. The comments sections of many online news outlets were shall we say, incandescent with incredulity at the imposition of a Black actress playing Anne Boleyn…as they still are now.

Jodie Turner-Smith understands the motivations of Anne Boleyn and the glint in the actress’s eyes is not only about embodying the modus operandi of the Queen, but it’s equally about Turner-Smith’s opportunity in getting the part and being the first Black woman to be cast in the role – and she does so with relish.

The costumes for this drama are as we expect for British period dramas. But what is also encouraging and pleasing to the eye is the hair, makeup and costuming for Jodie. Her natural hair, her makeup and colour choices in clothing are very flattering.

Even though I’ve been through the British state education system, I have to refer to that old Tudor rhyme to remember the chronological order of the wives of King Henry VIII. What was it…ah, yes; ‘Divorced, beheaded, died, divorced, beheaded, survived’. Whilst we know how her life ends, this version of Anne Boleyn engages us enough to want to know how Anne meets her grizzly end.

The live broadcast of three-part drama continues on Channel5. Catch up on My5

Listen to our Insight To Industry podcast where we interview Hair & Makeup Artist Annie Little. 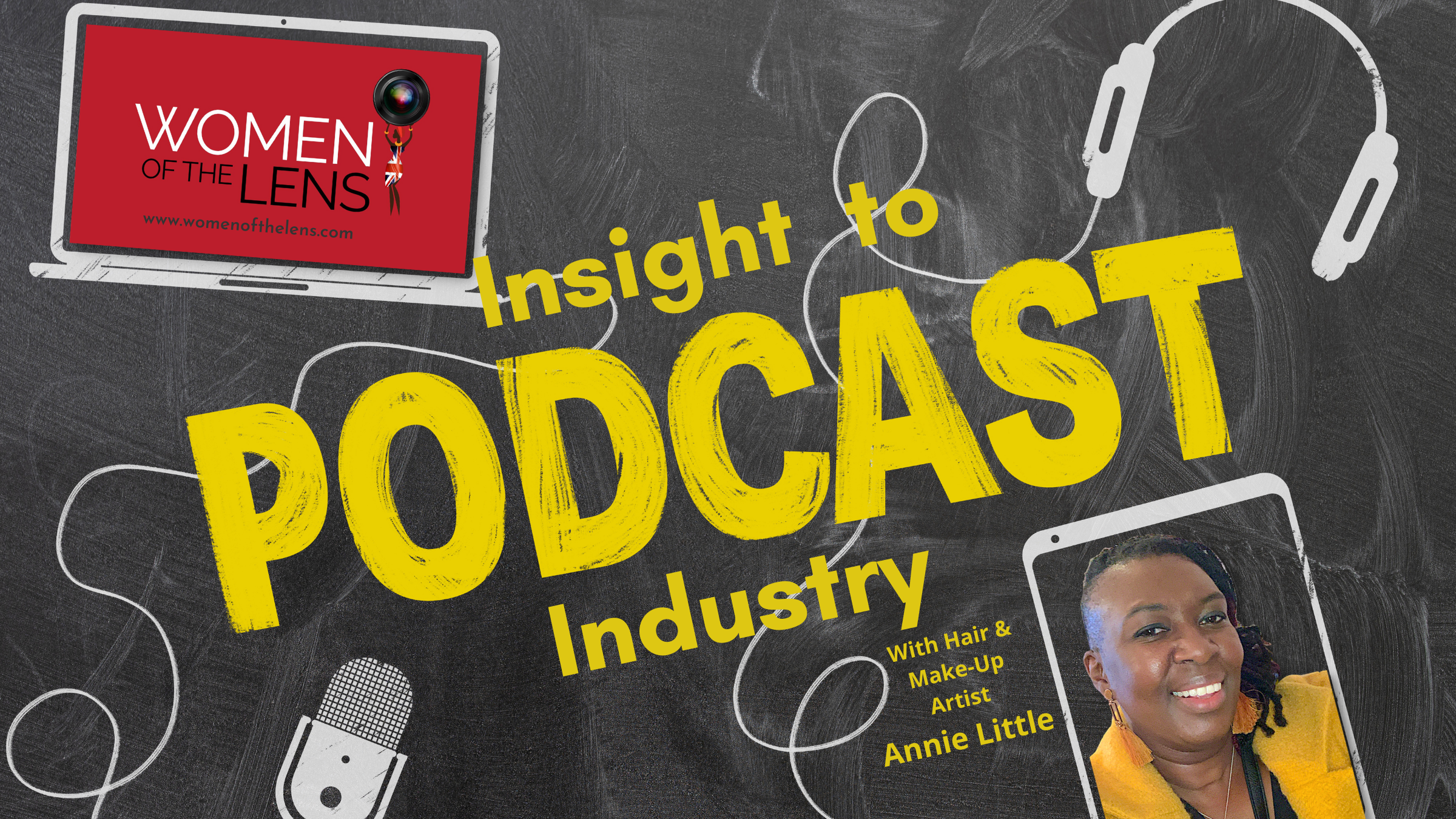