‘Hopscotch’ Film Director Recounts Her Own Experience of Harassment 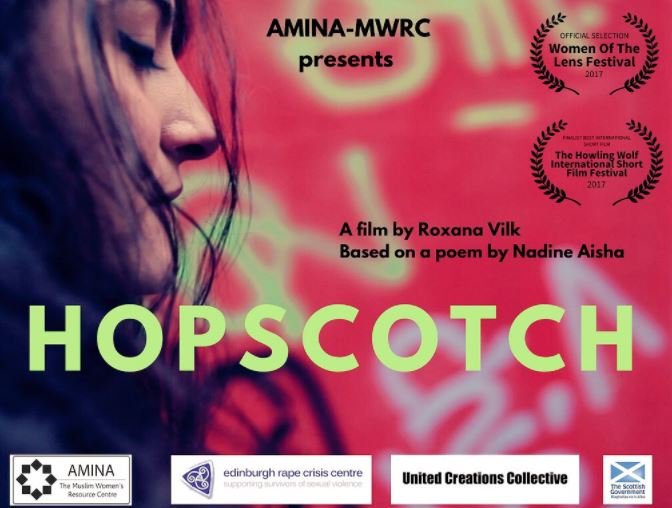 Based on true accounts, Hopscotch is a film about the first-hand experience of violence and street harassment experienced by minority ethnic and Muslim women. The film’s director Roxana Vilk has already been awarded for her filmmaking efforts with a Royal Television Award. 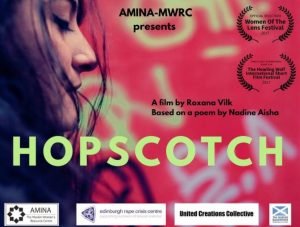 Hopscotch is a film which embodied some of the ethos of the Festival as it recounted the stories of women from the voices of women allowing them to take charge of the way in which they expressed their own feelings.

Imagine the irony of the circumstances which confronts us as Roxana reveals to us that she is on the receiving end of harassment as a result of making Hopscotch. We were appalled and once she felt safe, we invited Roxana to recount her experience. Bravely, Roxana speaks from here.

“Last week I had a tough decision to make. I either had to re-edit our short film Hopscotch, or pull it out of the Women of the Lens Film Digital Broadcast Festival.

This was because unfortunately, I was having to deal with a really unpleasant issue of harassment towards me as the female director of the film from someone in the cast. The person in question decided that he would make it his mission to bully and harass me about the film and his role in it – to the point that I pulled myself off social media and I was worried about screening the film in public.

Many female directors have probably at some point faced this. We are the minority in this very ‘white male privileged’ industry, so we get prepared to stand our ground and hold our own. However, when harassment comes from inside your creative team…

“It really took me by surprise and left me winded, knocked my confidence as I asked myself, ‘How did I not see this coming?’. I was basically blaming myself.”

The truth is none of this has anything to do with me. I see that now and I realise that I am not alone. We as women (should) raise up our collective voices, there are those who really find it threatening and will do any kind of bullying to bring us down and keep us quiet.

As well as being really upsetting, the situation was deeply ironic. Here I was with a film about harassment towards women, having to deal with harassment.

The good news is that thanks to the patience and understanding of Jennifer and her Women Of The Lens team we went in and re-edited the film to cut this bully out and re-submitted the film.”

The screening for Hopscotch appears in our The Trouble With Women Theme scheduled for Saturday 25th November at The Cinema Museum.