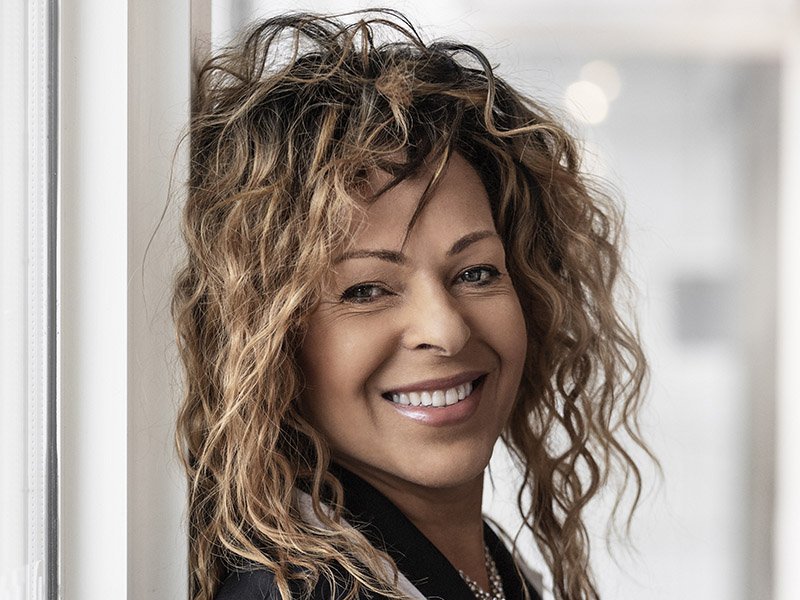 Action films seem to be the preserve of men. It’s hard to summon the name of an action-driven film where the lead is a woman.  But there are some seeking to change that dynamic and director Suza Singh is one such woman. Born in the UK’s Manchester (now living in Calgary) of mixed heritage, Singh saw that her world through television consisted of people who did not look much like her. She says, “Film and television was never on my radar as I did not think that people like myself had a place there.” Suza decided to make her own contribution to making changes in the film-world around the work of women of colour as directors of the genre and as stars in front of the camera.

“I formed Reel Diverse as a non-profit organisation to represent the people most of us see when we walk out of the door. A beautiful plethora of variety. I love working in diverse teams for diverse audiences. I do not tie myself to the kind of movies that will gain international recognition but I concentrate on movies that entertain me.”

“I am not interested in depicting women of colour as slaves, maids, prostitutes or drug addicts. I don’t see women in that light. I move with intention to become one of the top action directors around, who happens to be a woman of colour. My latest offering is called Replecan. We have been selected to the Urban Action Showcase Film Festival in New York.” The Festival’s event is 10th to 11th November 2017. Suza brought us some industry insights via her experience and executive role in Reel Diverse and had this to say about some of the difficulties in making action films. “There are a number of difficulties that a filmmaker will encounter making an action movie, especially if they are on a budget as many filmmakers are. If you are fortunate enough to have fighters who can act, this is a big plus point. The lead role in my current movie Replecan is a young woman of colour who is an actor and martial artist, Asha Annais.

Replecan Film Still
In scripting, it is easy to become clichéd with the usual puns and one-liners. Of course everyone loves a great one liner but keeping the essence of the characters uniform throughout the film has to be worked and re-worked. The pace of the dialogue should vary, but also align and keep in mind edit points. Replecan is a non-linear story and I admit it has been more challenging that I had ever imagined to edit. The editing is the third version of any story where the actual story can be changed significantly. Editing action scenes if the action is not filmed correctly is more than a nightmare. There are lots of band aids that can be used such as fast cuts, blurs and sfx but ultimately I believe the audience can spot when something is being hidden rather than stylized. I have re shot one of the fight scenes not because of the action but because the action was not captured correctly the first time.” So, what are her observations of black women/of colour in the genre? “The people who cast the movies want to keep their jobs, investors want to make money, writers write about what they know to keep the studios happy and the film studios have an idea of who and what they want. Writers often dictate or duplicate seeing women of colour as second-class citizens rather than lead action heroes. Scriptwriters with lead roles for women of colour are just not being funded. 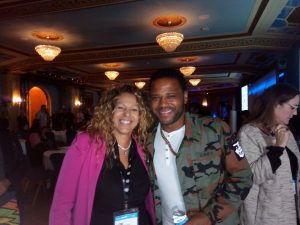 Director Suza Singh and actor Anthony Anderson
It always comes down to money. I mentioned that in an event in Banff, Canada earlier this year, Anthony Anderson of US television series Blackish stated; “…only in Canada can a black man present a white man with an award for Diversity.”

“If all of a sudden there is money in diversity you will see more white males bringing stories of diverse people to the screen, but this is not diversity in its purest form. Diversity needs to happen both behind and in front of the camera.”

The industry is palming off stories of diversity but written and directed by the same people with the same perspective. For women of colour the storylines are getting narrower in perspective. A victory for us was when we created a short documentary called Filmmaking for a Diverse world. We had white and black men and women asking for more female filmmakers.  Within six months a funding arm offered women only grants to make films. They received more applications than the previous few years, a record amount of female applicants. This goes to prove if you offer to help to build it they will come!” Budgets are the dreaded words in filmmaking. What advice can Suza offer for managing an important element of filmmaking for action films? “Action films can be costly but it really depends on the filmmaker. My current film Replecan is not big budget however we managed to film in London, Manchester, Vancouver, Calgary and Lanzarote. 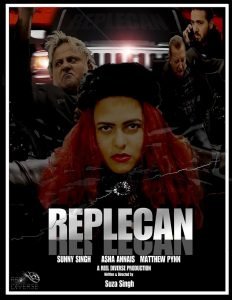 Replecan Film
Bringing production value to any feature is a big part of a deliverable as a filmmaker in my opinion. In general stunts cost a lot of money, they take planning and lots of organization. For productions with smaller budgets the cost start to mount even before the camera is turned on. Being creative and multifaceted helps! Creating one’s own props as we did helps so much. 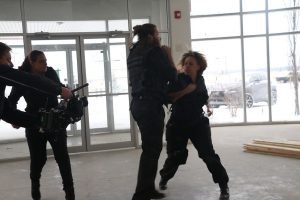 Action scene from Replecan film
My advice for filmmakers who are interested in action movies is to just make them. The next generation absolutely has to see women of colour in roles especially empowering roles. This is a great time to utilize streaming content, low cost digital cameras, enormous computer power, digital platforms and social media. We owe it to change the narrative, by ‘discussion, debate, education and creation’. Do what you know. Talking about having women of colour in lead roles doesn’t magically create a movie with a lead role. We have to do the work and we have to get better and better with a view to creating an industry. As my mum says, “Sitting talking about it, doesn’t make it happen.” Website: reeldiversefilms.com Twitter: @SuzaSingh