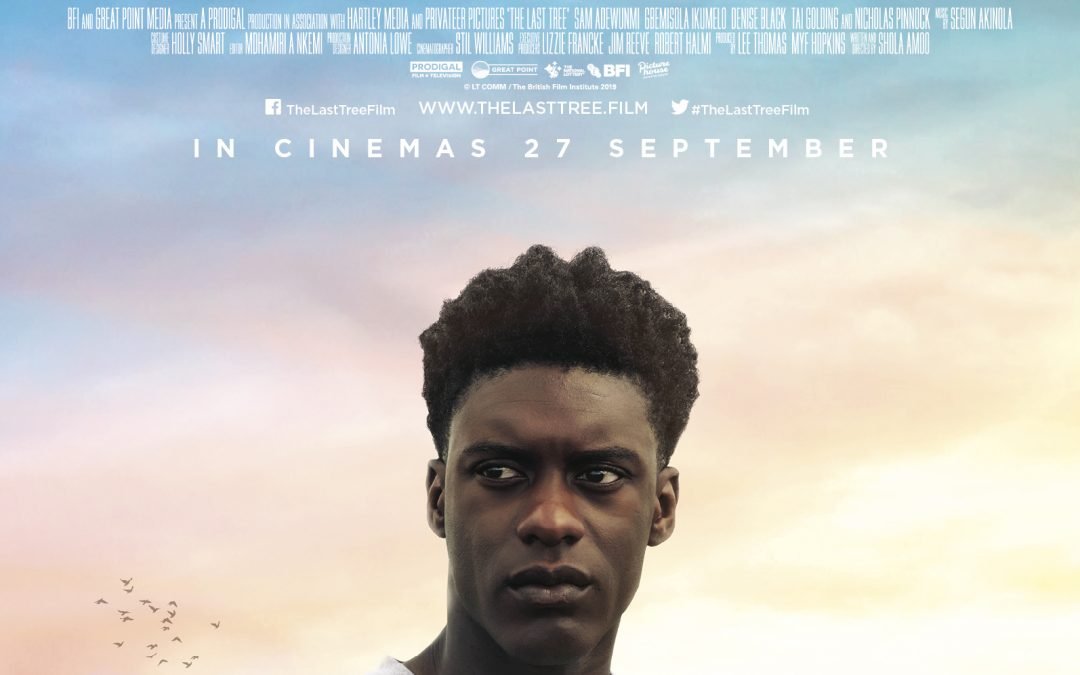 The juxtaposition of landscapes at the beginning and end of Shola Amoo’s The Last Tree are mirrors, anchoring the story to a satisfying conclusion. The landscapes are used as internal safe spaces for the boy then man, in this coming of age narrative that finds compassion and humility in its main characters.

The Last Tree shadows a nugget of a none-too rare historical (1950s/60s) story of the migration of people from African (and sometimes Caribbean) backgrounds where white people in Britain fostered their children. This story focuses on a Nigerian family. Parents, often for economic reasons left Nigeria to find employ in Britain; one parent would travel first then the other would follow. Often with little or no extended family in the UK, these couples would use their income to pay for private foster carers. The (now defunct) African Advisory Service has records of numerous white women who each fostered scores of Nigerian children across rural England. For Nigerian parents, this came with some ‘prestige’ – that white people were caring for their children and that they had an income to facilitate this. Little did these parents account for the return of their children from fostering and the profound impact change would make upon their psyche, emotions and identity as they adapted to new environments.

The Last Tree’s Femi (as a child Tai Golding) is fostered by Mary (Denise Black) and she lives in the Lincolnshire countryside. Femi’s race as the only black child living in this rural idyll is not commented upon. He is, as far as his childhood friends and others around him are concerned, at one with them. It’s not until Femi travels to live permanently with his birth mother Yinka (Gbemisola Ikumelo) to south London’s urban landscape that his life changes irrevocably.

Even when we’re taken with Femi in his move to London, Amoo keeps the character’s narrative meditative, sometimes dreamlike as the director takes time to tell us the boy’s story. None of the generic fast-paced, choppy cinematographic disrespect of the internal emotional dynamics of people caught up in drug, crime or gang-related activities. As we see (teenaged) Femi (Sam Adewunmi) grapple with grief, anger, frustration and abandonment we can believe his final outpouring because time was taken to take us to his place of abject breakdown.

Matriarchy permeates throughout the film and the underlying role of motherhood provide backdrop for binary positions. Mary’s white, comforting, countryside ideal is juxtaposed with Yinka’s grimy, loud, cramped, urbanised sprawl. As the obvious racialising of the spaces in the film emerge, one is left hoping that the all too soon pathologising of black motherhood can be redeemed.

Black women as mothers in broad-stream British entertainment…when they do appear, perform similar functions of long suffering hardship and confinement. Cases in point lead to Marianne Jean-Baptise’s Doreen Lawrence (The Murder of Stephen Lawrence), Carmen Munroe’s (though comedic) Shirley (Desmonds), her part as Vilma (The Fosters), or her role as Matilda (Mixed Blessings). We then have Jo Martin’s Natalie (The Crouches), Ellen Thomas as Claudette (Eastenders) and Denise Parrish as Denise (Eastenders) placed in similar environments as The Last Tree’s Yinka. But The Last Tree is a narrative of reconciliation and reconnection and it patiently finds compassion for Yinka.

It’s been some time since we’ve seen this genre given space and time (and funding) to comfortably play itself out. Mostly we’ve been offered the likes of Rollin’ With The Nines, Sket, Kidulthood, to some extent Channel4’s Top Boy (now on Netflix) and The Intent. Our last venture into the type of pacing we see in The Last Tree was probably Bullet Boy. Is The Last Tree a Bullet Boy of contemporary times? Quite possibly.