Could A Film Subsidiary Spark New Life Into The UK’s MOBOs? 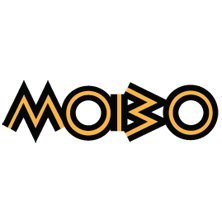 So, the UK’s MOBOs (Music Of Black Origin) awards and ceremony platform will take this year off. MOBO will suspend its annual event to have a rethink about its way forward. That’s a good, brave move. At that level of visibility, the pressures of maintaining a presence in one’s own sector is magnified to the nth degree; any lapse is often viewed as ‘failure’. Anyone in the business, aware of the gargantuan efforts to deliver a show appreciates that an event delivery is a success in and of itself!

Created by Kanya King MBE, who famously remortgaged her house to fund the fledgling platform, the MOBOs set out to recognise British black music talent, which is consistently dismissed on other mainstream platforms. These artists frequently influenced other musicians (and still do) but were regularly overlooked when the time came for payback, for recognition, for rewards for their labour. With her tenacity and fiery passion (no superfluous use of words here), King forged her ambitions to see the MOBOs firmly on the awards ceremony calendar since its neonatal 1996 start.

The MOBOs grew. It attracted sponsorship. It saw television coverage. It launched careers. It got comfy. It got careless. It forgot what it was.

Some weeks ago it was reported that part of the platform’s new 2019 remit includes a film production company. It’s said that the first project will be a feature adaptation of Angie Thomas’s YA novel The Hate U Give. If true, we gotta ask…really?

If the prospective title sounds familiar it’s because the Thomas novel is the subject of a newly released film of the same title. It stars Amandla Stenberg, Algee Smith, Regina Hall and Common. It’s a familiar storyline which pits black life as poor and disenfranchised against white life as affluent and aspirational. It borrows from the, black woman as shield and champion of the ‘black community’, narrative. And of course the story is African American. 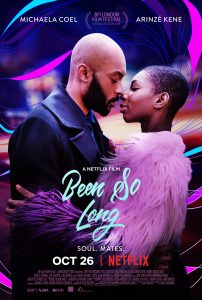 Tired of saying this but here goes…again; there are so many powerful stories aching to be told right here in the UK which don’t focus on the narrow band-width of narratives for black and brown characters. Let’s observe the at least critical success of Tinge Krishnan’s Been So Long starring Michaela Coel and Arinzé Kene. Almost unicorn-like, the production is a musical with British black romantic leads catching the right attention of eager audiences. Been So Long is the subject of a national tour in a collaboration with Birds Eye View  as well as currently programmed on the Netflix streaming platform. Its success speaks volumes about the readiness of audiences seeking a broader perspective of peoples’ stories on screen.

We get that in this click-driven media world, association with the popular is an important tool in driving sales, finances, sponsorship and recognition; it’s too often a numbers game. But if the MOBOs remembers its origins, it could forge a viable, financially successful film industry which is nurturing of British black talent – in front of and behind the lens.