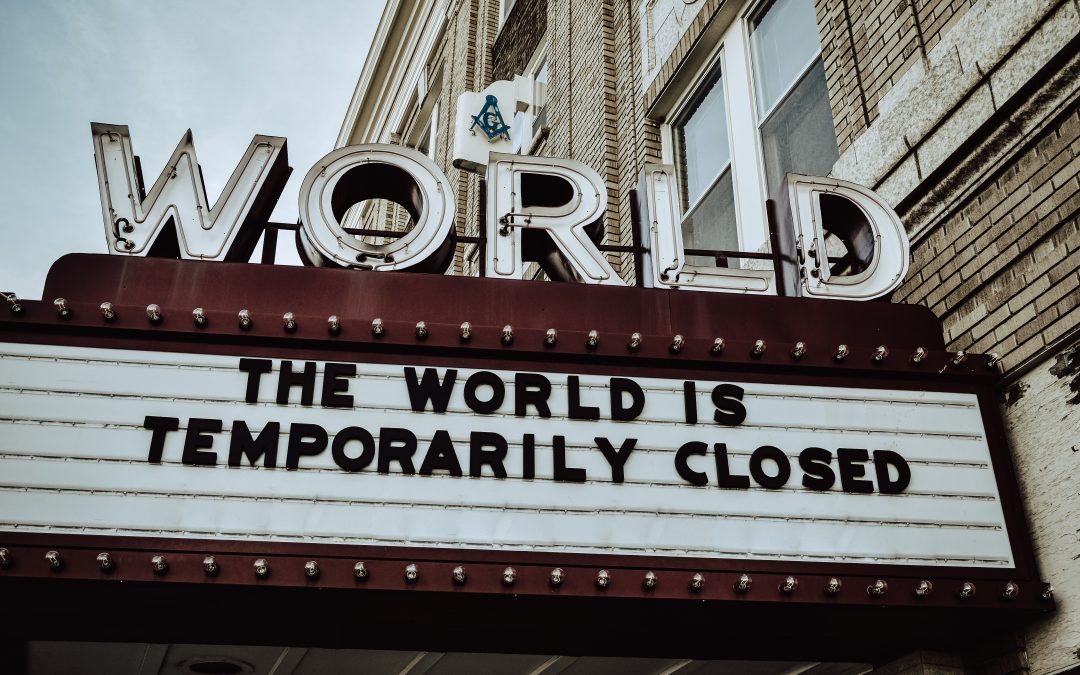 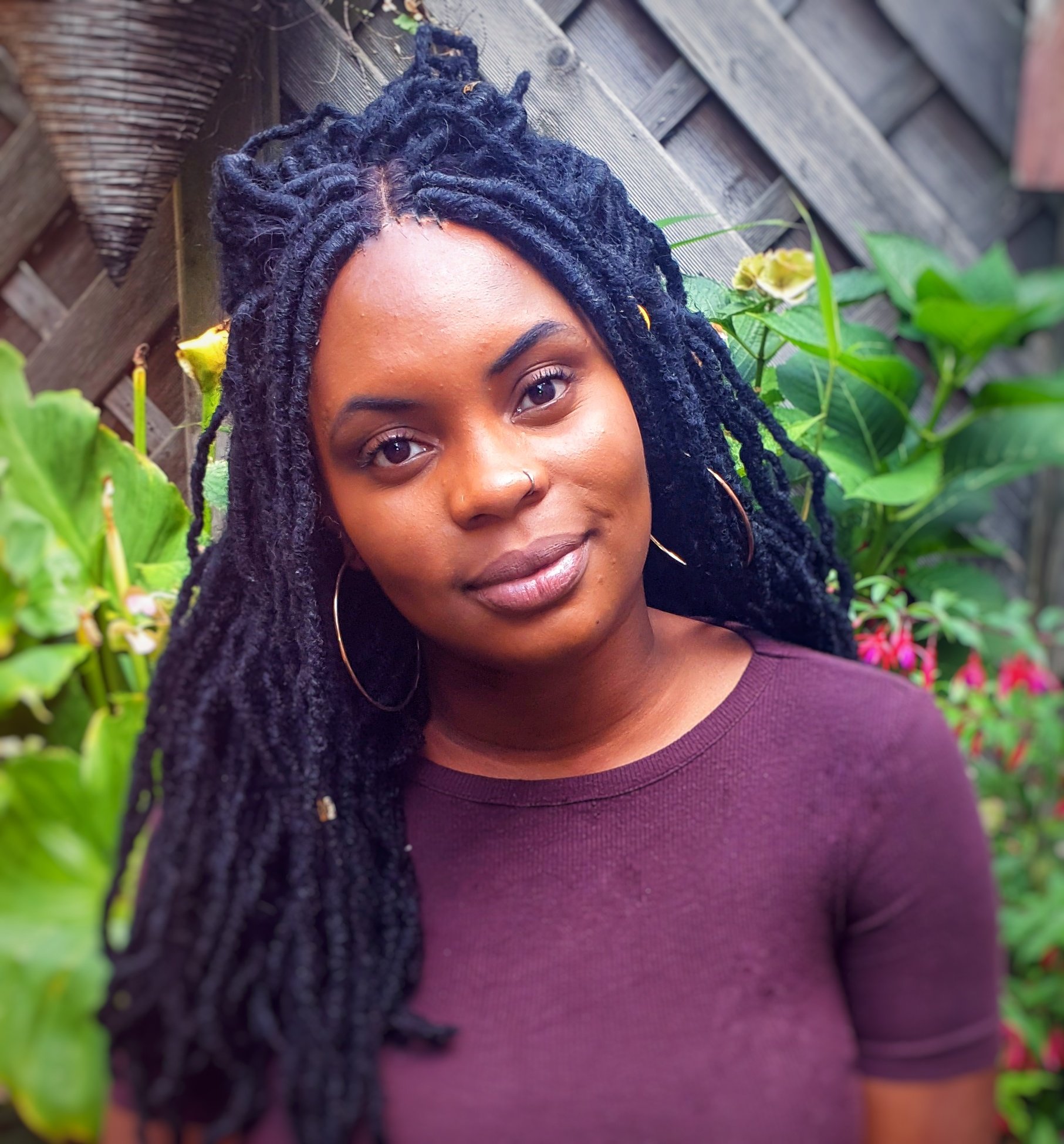 Guest Writer Sula Douglas Folkes is a Black British writer and aspiring film curator who lives in South London. She has written for titles including Live Black Heritage Today and worked for international Black film festivals to include Animae Caribe Animation & Digital Media Festival (Trinidad & Tobago). Sula has an MA in Black British Writing (Goldsmiths, London) and is currently studying for her second MA in Film Programming and Curating.

Cinema chain Cineworld announced that it was closing all of its UK and Ireland theatres as Covid19 bites further into the film industry. As the chain cited ‘unviable’ environments, the move will put thousands of jobs at risk. Added to this, the much anticipated Bond film, No Time To Die is pushed back yet again to an April 2021 release because of the implications of the first and a possible second (if localised) UK lockdown.

To say that cinema has taken a beating as a result of the unprecedented impact of 2020 is an understatement. Just what will it take to restore audience confidence in a return to theatres? Just as importantly, what will support Black filmgoers’ return? Sula Douglas Folkes investigates. 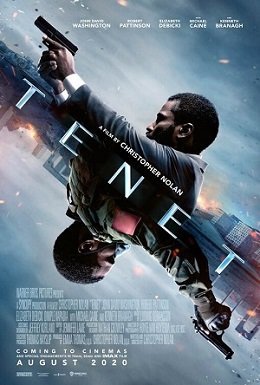 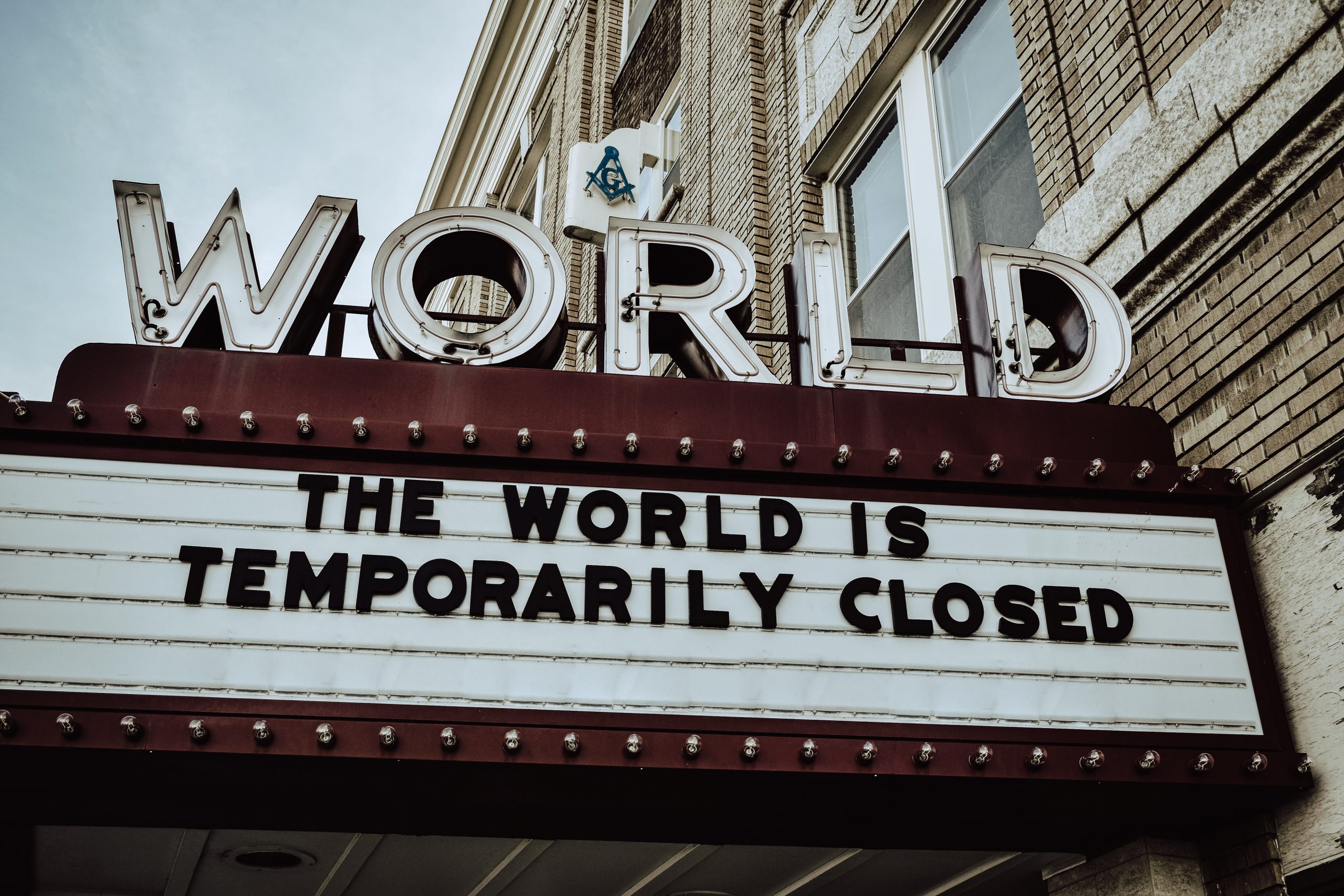 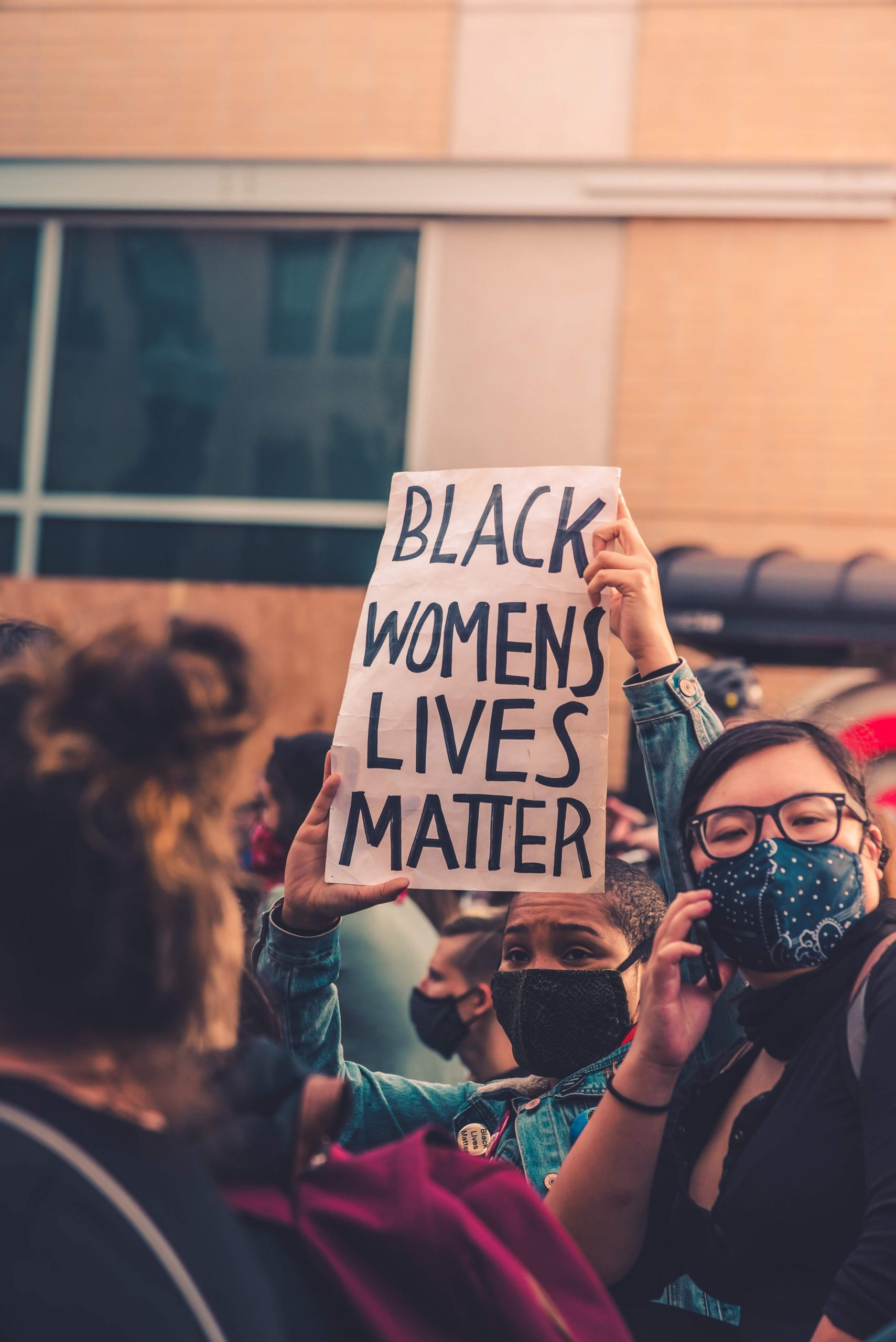 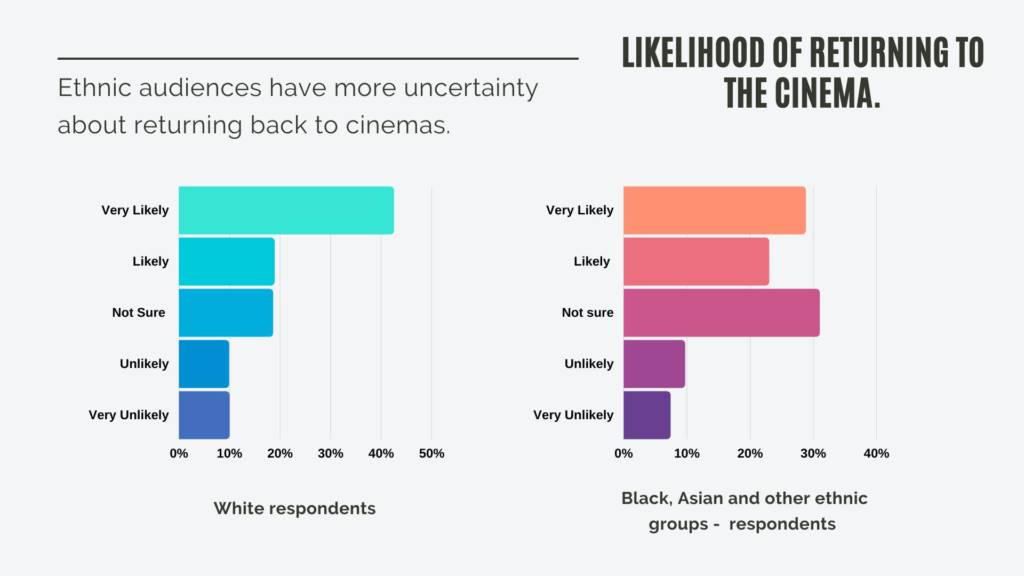 Before the start of this year I had never truly believed that cinema was an art form capable of dying. Then came 2020 and for a moment the Covid-19 outbreak threatened to be the final straw in the proverbial camel’s back for the endurance of film. Christopher Nolan’s latest sci-fi outing Tenet was one film seen as the saviour of 2020 cinema and I was ready to see it and use it as my return to theatres.

The truth is the world has changed since the last time I went as a Black person to the cinema. Statistics state that I’m four times more likely to catch and die from Covid-19. Protests have erupted around the world calling for justice for Black lives and actors and crewmembers have spoken up about prejudice and discrimination that Black people face within the industry. People may have in part returned to the screens, but can cinema truly survive a post Covid-19 world?

I’ll start by giving some context about my relationship to cinema before lockdown. Last year I’d have described myself as a film enthusiast. I’d generally go to see a film at least once a week. I held memberships for multiple cinemas and spent my youth volunteering at various film festivals. I also work at a venue, which has an independent cinema. I moonlight as a freelance film festival coordinator and study film programming. Cinema has played an important role in my life and I associate it with feelings of joy, love, laughter and lessons learned.

That being said, I’ve watched few films during lockdown because I don’t like watching films at home. Cinema to me is about so much more than the film. It’s the communal experience with peers as well as strangers, this is my bread and butter. I’ve a profound memory of a matinee screening of Of Gods and Men (2010) in which I watched the devastating denouement of the film holding hands with an elderly woman and we sat together as strangers sobbing in the darkness. It’s a medium that can entertain as much as inform and for me, film culture has shaped who I am as a person.

During lockdown I longed for some kind of normality, a return to a past time that’s been absolutely decimated over the past few months. Arguably the only beacon of hope that the world had to hold on to was Tenet. Its long-awaited release has been heralded as the saviour of cinema with critics, thinkers and filmgoers alike desperate for this blockbuster to revitalise the flagging industry. Tenet has indeed managed to lure audiences back. Its opening weekend took a healthy £7.4 million at the box office and despite my trepidation, I found myself in a crowded cinema on opening night. Tenet may have succeeded in the short-term goal of encouraging audiences to a significant cinematic event, but it did little to quell my anxieties about returning to my pre Covid-19 cinema habits.

As a Black person with multiple vulnerable family members my overwhelming emotion was not excitement, it was guilt. The screening didn’t feel safe, it felt overcrowded and under-staffed. I could see just ten free seats in the auditorium. I’m not alone in feeling this. Film event management organisation We Are Parable conducted a comprehensive and enlightening study into the concerns of Black audiences. They found that there was “…significantly more uncertainty from Black, Asian and other ethnic groups than from their White counterparts…” The study also highlighted a striking level of concern among older Black patrons; 38% were uncertain about returning to cinemas in contrast to less than 15% of their White peers. Data intelligence company Morning Consult added its observations on the change in appetite of Black audiences and their desire to see authentic Black narratives on screen. Its survey into representation in Hollywood found that audiences are no longer interested in seeing violence against Blacks perpetuated on screen in the form of slave narratives and historical dramas, but instead want to see films about the everyday Black experience that are told by filmmakers of colour.

This isn’t to say that uncertainty about returning to cinemas is exclusive to audiences of colour, but it does show that there will most likely be a decline in Black, Asian and other minority ethnic audiences until we know that there are real safeguarding measures in place in theatres and that stories are authentic.

My reasons for going to see Tenet were simple; I wanted to enjoy the experience of being out. I also wanted to support my local independent picture house. I’m a great fan of Christopher Nolan’s films but I’ve been a long-time critic of the maleness and paleness of the director’s movies. I was excited to see that Nolan had directed the immensely talented and charismatic John David Washington as the suave protagonist of a cerebral sci-fi blockbuster, but at the back of my mind I knew something inside of me has shifted.

The resurrection of the Black Lives Matter movement in the wake of George Floyd’s brutal killing has reinvigorated the demand that Black voices be heard across the world. The uprising is the most significant one in my lifetime with a new demand to listen to Black people, support Black businesses and callout industries and organisations that have discriminated and isolated Black people in the past.

The film industry has a notoriously problematic relationship with race, but 2020 signifies a year in which there appears to be a real shift at top levels of the industry. For example, the Academy Awards have amended its inclusion standards in a bid to drive through more equitable awards opportunities. An open letter from the US Black Film Collective called out racism in Hollywood, whilst in the UK, approximately 5000 industry professionals offered their own open letter to the British film industry, calling on it to act on persistent inequity within its ranks for Black and Brown creatives. Separately, Star Wars actor John Boyega added his voice to the disproportionate mistreatment of Black actors in the UK; he aired his experiences that saw characters of colour “…pushed to the side…” in the latest of the Star Wars franchise.

For me, it’s no longer enough to watch a film starring a Black man. I want to know that I am supporting real diversity in front and behind the lens. As a young Black person working in the film industry, I feel a responsibility to my peers and community to be selective about the films that I will see moving into this post-lockdown world. This is a historic moment in the world, the coronavirus has brought about an end to life as we have known it and it’s up to us to see whether we can connect again in life as well as in a movie auditorium.

(additional writing from Women Of The Lens Editor)

Get ready for our online Festival in November 2020