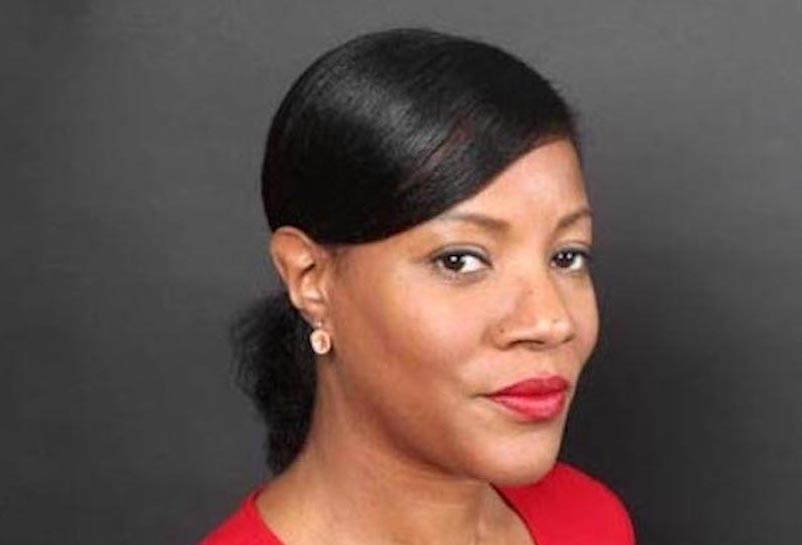 Given the array of talent we’ve seen of late in Hollywood from British shores, there could be a perception that there isn’t any talent left in the UK. Well, our Festival bears testimony to the fact that far from a dearth of UK filmmaking, there is an untapped seam of creatives in the film industry ploughing on irrespective of where lights are shining. Included in this collective is creative entrepreneur Aysha Scott who stretches her filmmaking chops by directing for the first time, a feature film called Absent: The Cycle of A Broken Home.

Sadly, there’s also a perception that women-of-colour-led productions aren’t happening in Britain, but this production is evidence that this is a myth too, particularly when one considers the independent routes. The Absent film entry into the industry is an important one as it helps to shift in a positive way, the representation of Britishness on our screens. 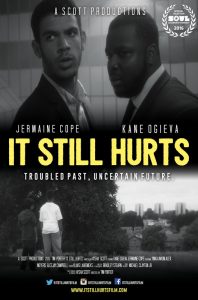 The producer and writer of short films to include It Still Hurts (featured in our November programme as well as London’s S.O.U.L.) and Voice Of Reason (alongside award-winning director Antoine Allen), Scott is Founder and Director of A Scott Productions Ltd. She has also co-written and produced feature film Residential, which premiered at the British Urban Film Festival (BUFF) in 2016 and was nominated for three awards at BUFF in 2017.

Absentee parenthood, still a sensitive subject, is guaranteed to see many a heated argument where people may want to apportion blame as they manage real hurts from their own abandonment issues relating to absent parents.  So many of us have some experience of it. If not directly, then we know someone, who knows someone. Aysha’s Absent dares to tread further into the lesser exposed film treatment of absentee fathers and intends to explore it from a more nuanced perspective. A perspective which shows that often, absentee fathers have a repeated family history of absent parenting. The film is partly based on Aysha’s own personal experiences and follows this story:

Feisty, ambitious and driven, 32-year-old Angel Washington is a go-getter. Hailing from humble beginnings in south London, she has her own blossoming career goals when she meets Marcus, a 35-year-old, handsome man with an equally attractive career. Deeply in love, Angel bears Marcus’s child, Joshua, All seems well to begin with but Marcus finds that the commitment and sacrifices that family life demands and the backdrop of his glamourous, city stockbroker spoils are areas of his life that he cannot balance. Marcus cannot live up to the promises that he made his young family and leaves Angel to a life she’d never envisioned, that of single parenthood. It’s in her quest to pursue Marcus in his responsibilities to his child, Angel’s life descents into hardship as she looses her job and as a result, any hope of continuing her own precious career dreams.

So why is Aysha treading in such difficult waters? “…I’m making this film because I am tired of hearing countless stories of pain, anger, resentment and blame. I’m fed up of the misconception of broken homes, the negative stereotypes put on single mothers and the lack of knowledge of the life-long effects of parental absence. This happens far too often in our society…”

Absent stars long-standing soap opera actress Tiana Benjamin as ‘Angel Washington’, who appeared in popular soap Eastenders from 2006 to 2010 as ‘Chelsea Fox’. Alongside her is Kayode Akinyemi as ‘Marcus Hamilton’, who had roles in The Legend Of Tarzan 2016 and the hit webseries by Danielle Scott Haughton, Dear Jesus. Danielle you’ll remember, joined our panel discussion last November which investigated the changing face of the broadcast industry. In the role of ‘Joshua’, their onscreen-child is Jaden Ayodele.

Behind the lens, the crew includes Josephine Sampson as producer. She is the founder of Asme Productions Ltd. There’ll be Zoran Veljkovic as DoP. He has the films Bridge 2016 and Abraham’s Point 2008 included in his credits and finally Laurelle Jones as co-producer  (our very own 2017 Festival Coordinator).

Absent begins an exciting crowdfunding campaign via well-known creative platform Indiegogo. When we get to the screens to watch the glossy end product of filmmaking, we’re often unaware of the production costs required to bring us our films. Using crowdfunding platforms, we can get some insight into where the money goes and this expenditure is mapped out in the detailed Absent campaign. This includes budgets for location sourcing, licencing fees, editing, film colouring, festival submissions as well as salaries for crew and cast, to name a few. The production plans to wrap in June 2018.

We wish Aysha and the campaign well so that it meets its target and hope that you can support also. You’ll be rewarded with some great perks too which start from as little as £10. More details and methods of support can be found on the links below.