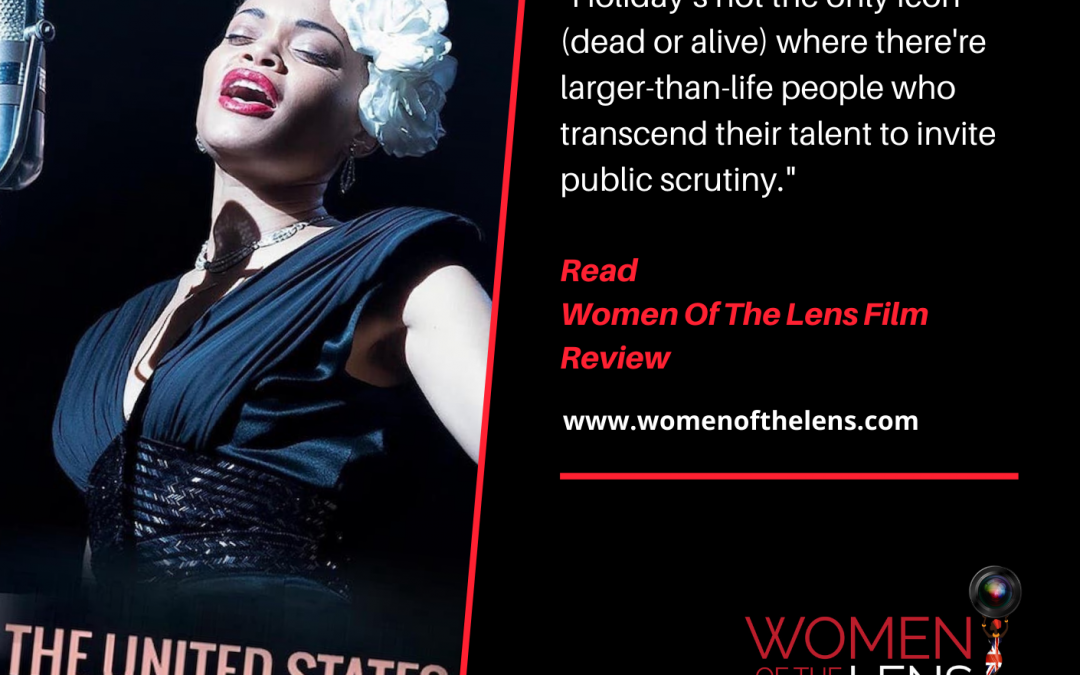 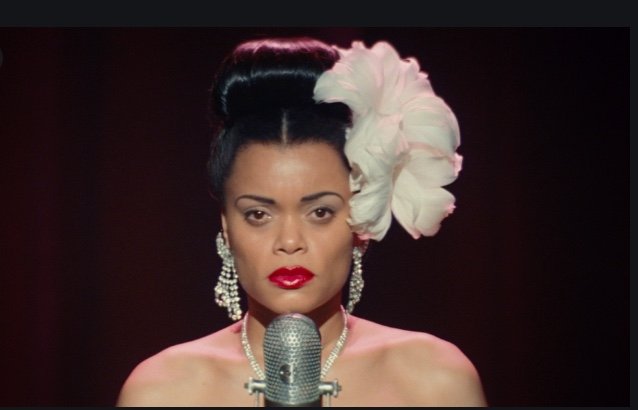 Starring Golden Globes winner Andra Day and directed by Lee Daniels, ‘The United States Vs Billie Holiday’ is based on the life of legendary songstress Billie Holiday and the book ‘Chasing The Scream: The First and Last Days of the War On Drugs’ written by Johann Hari.

It seems a tale about the jazz icon Billie Holiday is never going to be a happy one and this film fulfils the pained songstress trope.

It follows the Federal Bureau of Narcotics (FBN) and their vicious pursuit of Holiday through her own addiction to drugs and alcohol. The FBN (founded in 1930) then led by Harry Anslinger, framed Holiday as an unpatriotic ‘bogey-man’. It considered her an aberration, ‘un-American’ and the following piece of dialogue from the film tells us about something about the FBN’s motivation; “…Jazz music is the devil’s work and that’s why this Holiday woman’s gotta be stopped…”

We absorb the idea that the FBN wanted rid of Holiday because of what she represented; free spirited, freedom of expression and her burning desire to call out society’s ills, specifically the lynching of Black Americans and the other injustices they (and she) endured. She became the FBN’s proverbial thorn-in-the-side as she laid bare these evils the only way she knew how, through song – most famously through her rendition of the haunting ‘Strange Fruit’. Incidentally, it wasn’t until 1978 that Holiday’s version of ‘Strange Fruit’ was inducted into the Grammy Hall of Fame.

It wasn’t hard for the FBN to pin down the songstress because Holiday had a whole line-up of men who’d use her for their own profit throughout her short life. Abuse as a child that did not relent as an adult, Holiday lived with parasitic men who sucked dry her talent and money.

Though relatively new to acting, the film is wholly Andra Day’s as she embodies what we know of Billie Holiday. Day fiercely tackles the hard gristle of the role. Day’s voice still manages to keep its own signature even as her melodies remind us of those memorable Holiday tones. Day manages to display the burning fire of talent, rage and pain in her characterisation of Holiday and skilfully mixes her craft to show Holiday’s wincing vulnerabilities. Andra Day really has earned her 2021 Golden Globe award for ‘Best Actress in a Drama Motion Picture’.

But with little inner substance to work with that shows us something about the heart, or inner psyche of Holiday, this is one of the areas where the film falls short. We still can’t get to the innermost thoughts of Holiday, so we’re left with a story we already know, a textbook version of her. Abuse, drug and alcohol addiction are well documented, so what now?

Be warned, the film is no easy watch. Whilst the cinematography is richly coloured and costuming is fabulous, ‘The United States Vs Billie Holiday’ doesn’t shy away from images of lynching, drug use, sex, nudity and brutal domestic violence.

This is a Lee Daniels (Precious, Empire) directed and co-produced Sky Original show. At a run-time of 2 hours and 10 minutes, there are times where the film needlessly wanders and such scenes that don’t add much to the narrative, could have been cut to bring us a shorter yet still poignant film. And…sadly, Daniels continues his…let’s just say for now… ‘difficult’ relationship with dark-skinned black women.

Why are we still interested in the Billie Holiday story? Well, she’s not the only icon (dead and alive) where there are larger-than-life people who transcend their talent to invite public scrutiny. We want to see what’s ‘behind the curtain’, there’s a natural yearning to see what’s behind the media persona. Whitney Houston, Bessie Smith, Etta James and Minnie Ripperton to name a few are some of the ones we’re transfixed with. Now, coming to us soon, are the Aretha Franklin productions starring Jennifer Hudson and Cynthia Erivo respectively. Let’s just hope that once we get to see them, they’ll convey the real heart of our much-loved legends.